directly to the navigation
[deutsch]

About Tim & Ulla
Tim and Ulla dance together since spring 2003 and are specialized in dances from the 20ties to the 40ties: Lindy Hop, Balboa and Charleston. They like to share their pleasure and enthusiasm for dancing with others - their main reason for teaching classes and workshops. In 2003 they created http://www.lindyhop.ch/, a website for the Swiss Swing Dance Scene with a calender containing upcoming Swingdance events in Switzerland. 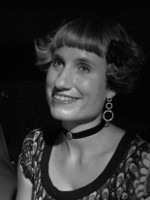 When I was 5 years old, I started with ballet which was and is my basis for dancing. After having a short look to Flamenco, belly dancing and tap I went for ballroom and latin tournament dancing when I was 16. During my studies I was a dance instructor for the "Clausthaler Tanzbären", a dancing club in Northern Germany. In Zürich I started again with Ballroom dancing but little later I got infected with the lindy hop virus. From that time on (2002) I dance Boogie Woogie and Lindy Hop regularly and visit workshops all over the world. When I met Tim in 2003, we also started teaching Lindy Hop and later Balboa. What I like most about Swing dancing is the positive attitude towards life expressed in Swing music and dance. In the last two years I also feel seriously in love with Balboa - I like the fast music, the fast feet and the feeling of connection with the dancepartner. 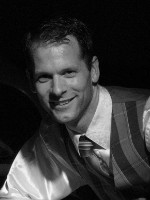 I had my first contact with dancing at the age of 5 when I started with ballett classes. Later I learned ballroom and latin dancing and ended up with Rock'n'Roll. During my first Lindy Hop workshop in 1995, the Swing got me and since then I regularly participate in workshops all over the world. Additionally I am teaching myself and give Lindy Hop workshops not only in Switzerland but also in Norway and the USA. I was co-founder, member and choreographer of the show groups "Hellzapoppin' Disaster" and "Punkt8". Amongst other shows "Hellzapoppin' Disaster" had an appearance on german TV. Besides showdancing I like social dancing very much because you can try new things and create new figures.